Recent Posts
Delivering our baby unassisted. We did it!
What is the the Indoor Generation? (and How...
What is The Library of Things?
Best Places to Immerse Yourself in Local Culture
How to Declutter Your Life Effectively
The Power of Kindness
Why Should We Listen to Our Gut?
The Slow Food Movement and Why it’s More...
Why Hugs are So Important for Your Health
13 Questions With… Reverend Deb Connor
Home » 13 Questions with Restaurateur Mark McCafferty
Interviews

Originally from the Midlands, Mark McCafferty was spent much of his youth growing up in Hong Kong before returning to the UK where he is now Head of Operations for the Saga Japanese Restaurant Group.

1. What is your name and where do you live?

Mark McCafferty – in one of London’s hippest postcodes, E3.

2. What is your favourite soulventure?

Any time I am travelling with my wife (sorry, slightly barf). We still have so much fun together after all these years. We love to explore but also take the piss out of each other and make each other laugh with stupid impressions or just goofing around.

3. What’s something that no-one would guess about you?

I actually spend a lot of time listening to cheesy chart music. I play in a punk band and wear metal t-shirts, but I have a soft spot for Taylor Swift and Chvrches.

4. What single thing would improve the quality of your life?

Probably laying off the beer a bit more now I am in my late 30s. I try to do more exercise and eat slightly better but the beer is still my biggest weakness.

5. If you could be doing anything, anywhere, right now, what and where would it be?

I’ve kind of fallen in love with India since my wife took me a few years back. We ended up getting married there and we go a lot. A cold Kingfisher (beer, again) on the beach in Agonda is one of life’s absolute pleasures (sorry, more barf). 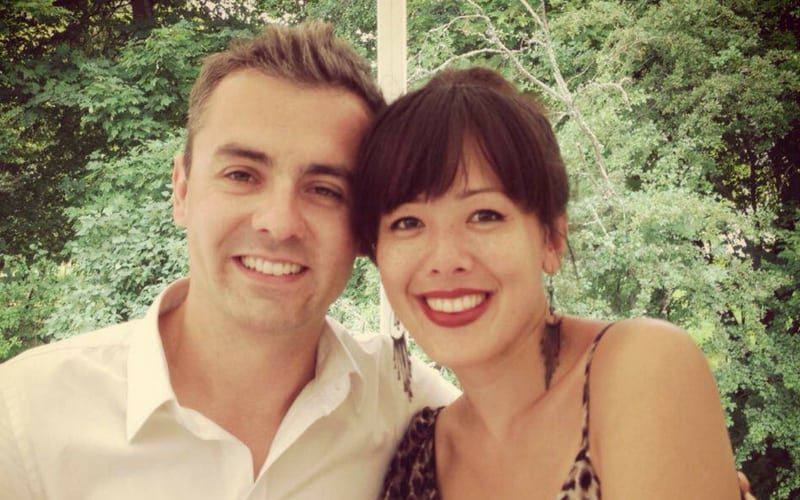 6. Of what are you most proud?

A few years back I put on a one-day festival to help Calais migrants stuck in the jungle camp. The idea came to me in August and by November we were holding the gig. All the bands played for free and we raised over £4k for the cause. I was so proud of everyone who stepped up to help and donate their time. I shed a little tear at the end of the day.

7. Who do you most admire and why?

Actor and Comedian – Steve Coogan, he’s intelligent, super funny but ultimately flawed. He’s battled many demons including his own ego and been very honest about it. I think he’s one of the UK best character comedians.

If I don’t say my wife here I think it would be weird. But it is my wife, so I guess its a simple answer.

I’ve always regretted not being able to speak another language, is that a skill? Linguist? I think knowing another language changes your brain chemistry and you look at the world a little differently. I am always in awe of people who come to the UK and learn English without any prior knowledge. It must be so tough.

Tough one, toss up between city and sea. Can I have a city by the sea? Barcelona?

11. If you could say one thing to lots of people, what would it be?

If the room is starting to spin, put the glass down and got to bed.

I’ve had a lot of conversations with people about the state of the world recently. There’s a lot of horrible things going on. But we have to remember that a few generations back the world was torn apart by world wars and we were nearly on the brink of nuclear Armageddon. Some might argue that we are on the brink of that again, but I am a lot more positive. We have a to be proud of the big social change happening like gay marriage, abortion reform and women’s rights movements gaining lots of momentum, it makes me happy. Some say it hasn’t come soon enough and I know we are not there yet, but it’s these mass movements that will get us there.

13. What is your guiltiest pleasure?

I think I mentioned beer?