Recent Posts
Delivering our baby unassisted. We did it!
What is the the Indoor Generation? (and How...
What is The Library of Things?
Best Places to Immerse Yourself in Local Culture
How to Declutter Your Life Effectively
The Power of Kindness
Why Should We Listen to Our Gut?
The Slow Food Movement and Why it’s More...
Why Hugs are So Important for Your Health
13 Questions With… Reverend Deb Connor
Home » What is Earth Day 2018?
Inspiration

What is Earth Day?

Earth day is the world’s largest environmental movement. Earth day 2018 is dedicated to reducing plastic litter and pollution. We are here to explore that question and to find out why it is more relevant than ever…

From poisoning and injuring marine life to disrupting human hormones, from littering our beaches and landscapes to clogging our waste streams and landfills, the exponential growth of plastics is now threatening the survival of our planet.

In response, Earth Day 2018 is dedicated to providing the information and inspiration needed to fundamentally change human attitude and behavior about plastics.

On Sunday, April 22 2018, more than a billion people around the world will celebrate Earth Day by participating in neighbourhood clean-up efforts.

[blockquote align=”right” author=””] More than a billion people around the world will celebrate Earth Day by participating in neighbourhood clean-up efforts.[/blockquote]

In 1970 the birth of the modern environmental movement took place, and each year on April 22nd, Earth Day marks the anniversary of this world-changing event. Earth Day gave voice to the emerging consciousness which began in the 60s and 70s of helping to look after our planet. By channelling the energy of the anti-war protest movement and putting environmental concerns to the forefront of people’s minds, Earth Day slowly brought about a new consciousness and began raising awareness and concern for living organisms and the links between pollution and public health. “Environment” was finally a word which made the news, and which also made people stop and think… 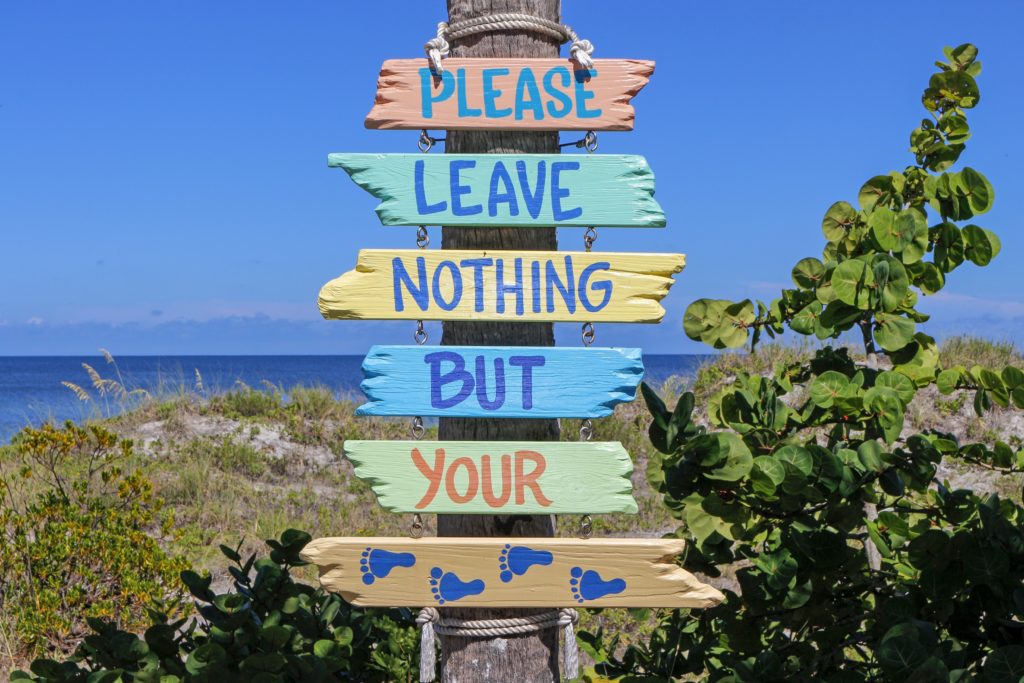 Why Does Earth Day Mean?

Earth Day founder Gaylord Nelson was an American politician and environmentalist from Wisconsin who served as a United States Senator and governor. Nelson initially had the idea for a national day to focus on the environment after witnessing the damage caused by the hugely devastating oil spill in Santa Barbara in 1969. His views on raising awareness for the environment gained such public interest that on April 22, 1970, 20 million Americans took to the streets, parks, and auditoriums to protest for a healthier environment with huge (peaceful) environment rallies. Along with this, thousands of colleges and universities organised awareness protests against the deterioration of the environment and the first Earth Day was born.

[blockquote align=”right” author=””] The Earth Day movement united organisations from all sides of politics who suddenly realised that their aims for a healthier cleaner planet had the same motives. [/blockquote]

The Earth Day movement united organisations from all sides of politics who suddenly realised that their aims for a healthier cleaner planet had the same motives. A new wave of environmental activism was created, and Earth Day became the momentous occasion it still is today, almost 50 years later.  What started as a teach-in about environmental issues became the world’s largest environmental movement. Earth Day events now happen in more than 193 countries are coordinated globally by the Earth Day Network.

Plastic pollution is one of the most frightening and important environmental problems that we face today. The ‘Great Pacific Garbage Patch’ is a floating mass made of plastic which is drifting through our oceans is currently THREE TIMES the size of France. Just process that for a moment…

From poisoning and injuring marine life to disrupting human hormones, from littering our beaches and landscapes to clogging our waste streams and landfills, the exponential growth of plastics is now threatening the survival of our planet. In response, the theme of Earth Day 2018 is providing the information and inspiration needed to fundamentally change human attitude and behaviour about plastics. We have all contributed to this problem (most of us unknowingly) and we must work to reduce and try to put an end plastic pollution. We all love to visit the beach (and have learned about the benefits of visiting the beach!) so take a look at this online tool kit to assess your current consumption of plastics and determine how you as an individual can lower your own plastic pollution impact. It really has never been so important as it is right now. We need to act fast!

Plastic Pollution Facts (from the BBC)

We’ve all been told that we should recycle plastic bottles and containers. But what actually happens? Be blissfully blinkered no more… take a look at this video

But it’s not all doom and gloom… just this week scientists accidentally created an enzyme that eats plastic and breaks down plastic drinks bottles! As monster-like as it sounds, the mutant enzyme (which was discovered at a waste dump in Japan in 2016) has now been tweaked to see how it could be evolved to work in our favour.  “What actually turned out was we improved the enzyme, which was a bit of a shock,” said Prof John McGeehan, at the University of Portsmouth, UK, who led the research. “It’s great and a real finding.”

The breakthrough could help solve the global plastic pollution crisis by enabling for the first time the full recycling of bottles.

We manufacture over 300 million tonnes of plastic a year – that is equivalent to the weight of the entire adult population of the planet. There are a handful of important charities who work hard to raise awareness about plastic pollution and try to eradicate this most toxic substance from our seas. We have rounded them up so that you can find your tribe and get involved either via volunteering or donations this Earth Day…

“We have to act. We have to act now to try and clear up some of the appalling damage we have made to the ocean … and that is going to require positive action” Sir David Attenborough

Let us know what you are doing to help the fight against plastic this Earth Day over on Instagram, Facebook, Twitter and email. We look forward to hearing from you, and hopefully can join together as a movement which helps to save the planet a little at a time… Be the change you want to see in the world.

We would love to hear your comments of what you are doing.  I just did a #2minutebeachclean, but am conscious of more I can do for our amazing planet! 🙂 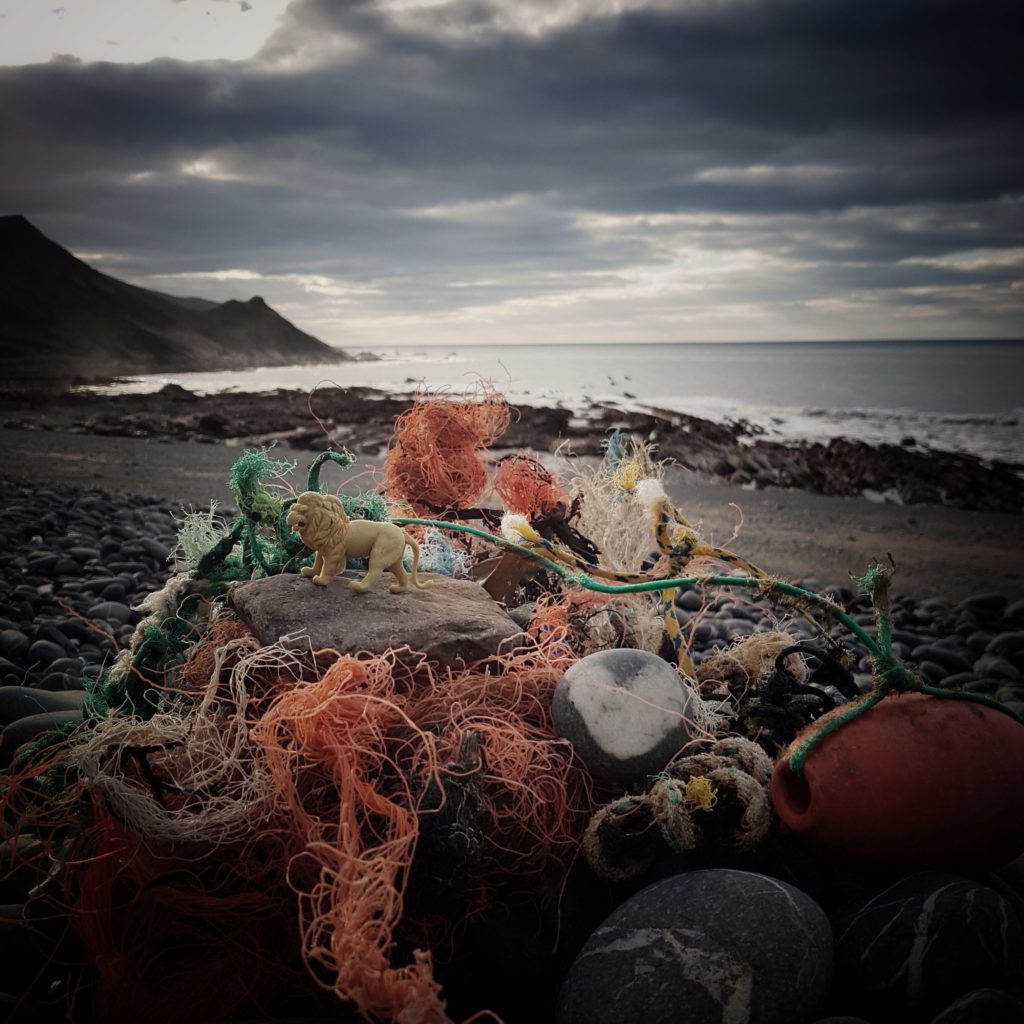 * Photo credit for the main rainbow feature image is the talented Sean Scott Photography. Visit his website to buy a print.

5 Amazing Benefits of Visiting the Beach (According to Neuroscientists)