Recent Posts
Delivering our baby unassisted. We did it!
What is the the Indoor Generation? (and How...
What is The Library of Things?
Best Places to Immerse Yourself in Local Culture
How to Declutter Your Life Effectively
The Power of Kindness
Why Should We Listen to Our Gut?
The Slow Food Movement and Why it’s More...
Why Hugs are So Important for Your Health
13 Questions With… Reverend Deb Connor
Home » Why Cold Showers Will Change Your Life
Lifestyle

We’ve all seen those athletes plunge into pools of ice after a hard workout, face calm  – almost relaxed, as hairs stand on end and their body starts to shiver. How could they possibly do it? Any more importantly – why!? Health fads come and go but the cold shower phenomena won’t budge and here’s why.

The cold shower hit has always been popular, if you’ve ever been to a roman bath you’ll know that along with the numerous heated baths there’s always a cold bath. Even Hippocrates recommended bathing in spring water to ‘allay lassitude’.

The Benefits of Cold Showers?

Cold water is an equalizer you can be as macho, smart or beautiful as you like but everyone makes the same face when subjected to that icy cold fate. Think back to the ALS bucket challenge remember all your favourite celebrities suddenly just become people.  Humanized by their freezing fortune. Getting that blast every morning really brings you down to earth.

Peter Bongiorno ND, LAc swears by naturopathic (natural, non-invasive & self healing) hydrotherapy. The shock of the body invigorates the mind and thus mood is normally improved. Naturally this isn’t a ‘cure’ but with it’s £0 cost price tag cold shower hydrotherapy is worth a try alongside finding the source of the problem. Dr. Nikolai Shevchuk also agrees suggesting that the thermal stress of cold water would activate beta-endorphin and noradrenaline (noradrenaline is actually used in many antidepressant drugs) in the brain.

It doesn’t take a rocket scientist to figure out that if you jump in the freezing cold shower it’s going to wake you up in the morning. However would you believe an ice cold shower can actually put you sound to sleep? Timothy ferriss explains this better in his book but essentially your core temperature has an influence on the quality of your sleep. A cold shower allows your core temperature to drop, meaning better sleep.

Mind over matter. Forcing yourself into that ice fate can be a challenge for the best of us, especially when first starting out. The heat only a tantalizing turn of a handle away (making it so much harder). Once you’ve beaten that urge is amazing how you feel, not to mention being able to control your impulses makes you a stronger and more resilient person as a whole. This emotional resilience from your cold showering should over time create snowball momentum in your everyday life; you’ll make stronger decisions, disciplining yourself in terms of fitness and health will get easier. 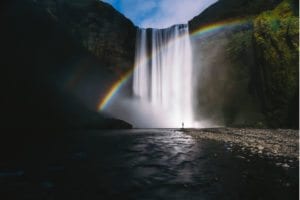 What does a cold shower do to the body?

The cold activates your brown fat, that’s the fat that allows you to generate heat and burn calories. The other kind is white fat (the not so healthy stuff) used to store energy and just generally cushion the body. Several studies have proven that when brown fat is stimulated by the cold weight is lost.

Your hair cuticles will Thank-you. Cold water tightens the cuticle layer decreasing oily scalps and increasing shine…And for your skin? A cold shower constricts the blood vessels in your face which decreases redness and puffiness & tightens pores (impermanently). Furthermore that kick to your circulation means that ‘healthy glow’ is inevitable.

104 year old Edward Rondthaler thinks cold showers are a major factor for his long life. Starting the icy stunt in 1918 Rondthaler’s a seasoned pro in the cold shower club he believes that they helped him move forward with each day and he’s not alone. The secrets of longevity can’t get enough of the ancient technique of a cold shower claiming it to be ‘the best kept anti aging secrets’.

This one’s for the boys… so, obviously the testicular temperature needs to be lower than the rest of the body that’s why they aren’t situated inside the body itself. Sperm count decreases as temperature rises. In fact researchers identified that there was a  there was a colossal 491% increase in sperm count when men in the study cut back on hot baths.

So it give you a bit of context  Lymph vessels carry clear fluid full of infection fighting antibodies basically super important for your bodies defense. Going from hot to cold makes your lymphatic system contract and relax. This is very important because unlike the cardiovascular system there isn’t a pump to send it round the body and so going from cold to hot counts as a sort of lymphatic cleanse.

one of the most classic cold shower examples. But why does it work? Similarly the water increases circulation this means that all the toxins built up during the exercise can be flushed away much quicker than normal and hey presto – muscle recovery is added to the list. 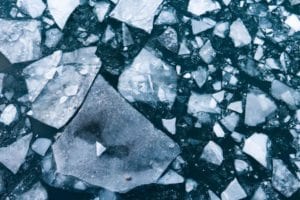 How to handle a cold shower

So now we’ve established they’re good – like really good for you. How about trying to do it for yourself? Lets get started:

Don’t constrict yourself too much –

if you make a massive list of rules to go along side your cold showering it’ll be a chore in no time. Start incrementally a five minute shower with just the basics. Next a 8 minute shower and so on so forth. Hopefully the benefits will become your motivation after a while.

Focus on your breathing –

This is a great one. The faster you relax and let what’s happening happen the more enjoyable it will be. Try and move yourself into a meditative state, with all the different stimuli and sensations surrounding a cold shower it’s a great test to see how long you can maintain that focus.

If you’re still not convinced or if your house is freezing cold anyway. How about trying an after workout cold shower not just as your morning routine. You’ll be all gross and probably in need of a cool down. Although if you’re going to hop in straight after maybe start warm and switch to cool to avoid muscle cramping.

we’re all for pushing the limits a little but make sure the water isn’t too hot or too cold. You want it to be a bit of a jolt but not painful. If you really want to hit that cold shower limit why not start at a more bearable temp and work your way down.

So there you have it. Jump in, get chilly & keep that soulventure spirit alive. 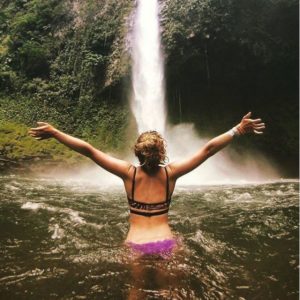 – Don’t forget to let us know how you got on, either down in the comments or on any of our social media platforms!

Be quick, never hurry. Smell the roses smell the coffee - do whatever makes you happy.

What is Grounding and What Can it Do For You?

What is Grounding and What Can it Do...

5 Amazing Benefits of Visiting the Beach (According...